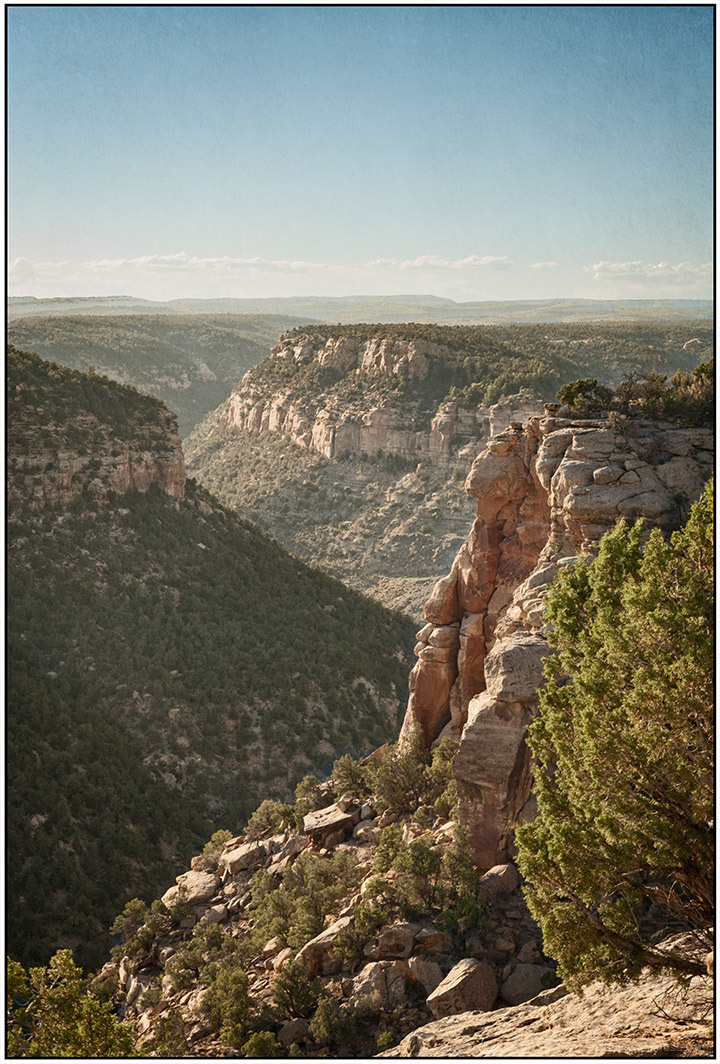 Previous Next
← previous day next day →

Mesa Verde National Park, Colorado
Established in 1906 by President Theodore Roosevelt, Mesa Verde encompasses thousands of Ancestral Puebloan archeological sites including the famous Cliff Palace and other cliff dwellings. Mesa Verde was occupied for about 700 years until about 1200 AD, when, for reasons unknown, the people dispersed into other areas of the southwest. The entrance to the park is many miles from the ruins and, as you drive in, you're bound to stop to admire views like this one.