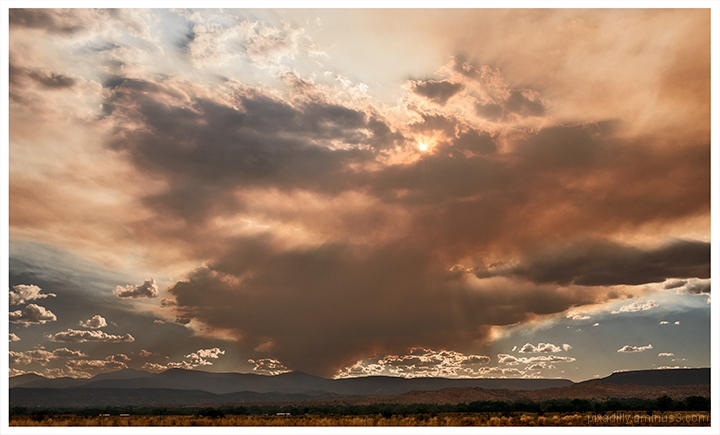 Previous Next
← previous day next day →

Espanola, NM
On the ride home from the ten day tour (to see more photos from that tour go back to July 15 and proceed forward) --- we noticed an eerie sky. It turns out that in our absence a lightning-caused wildfire had begun in the Santa Fe National Forest near a town called Coyote (not far from Abiquiu). We had camped there in May. So I pulled alongside the road in Espanola to capture a shot of the sun setting behind the wall of smoke.

excellent photo! the big cloud of smoke looks very ominous over the horizon!